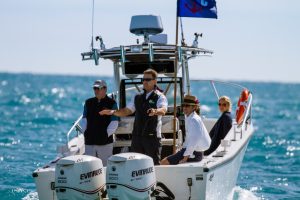 Founded on March 14, 1996 by Peter Craig with offices in Marblehead, Massachusetts.

The company manages the SuperYacht Racing Association (SYRA) where Craig is the Executive Director, and the top regatta on the global superyacht racing circuit, the St Barths Bucket. Premiere Racing is responsible for all aspects of this preeminent international superyacht event, including promotion, sponsorships, shoreside activities and race management.

Craig and his company were instrumental in establishing the SYRA in 2011. This association now has over 70 members and is actively involved in establishing policy for superyacht racing worldwide with a focus on safe sailing and fair racing. 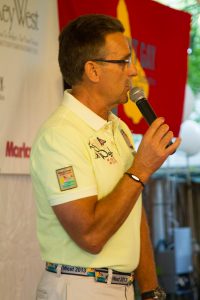 Prior to 2016, the company owned and managed the major international annual sailboat regatta, Key West Race Week, held in January. Craig managed the on-water portion of Yachting Key West Race Week in the capacity of Race Director beginning in 1994. In 1997 Premiere Racing took over management of all aspects of the Key West event, including shoreside activities, sponsorships, on-water and fiscal responsibilities. During this time the event experienced dramatic growth in size and stature and established itself as the premier annual sailing regatta in North America and one of the very top events worldwide. The Storm Trysail Club now manages this regatta.

Craig served as Director of Operations for the America3 Foundation and prior to that was Deputy Director of US SAILING, the national governing body of the sport. He is an accomplished racer and lifelong sailor. His sailing resume includes the successful America’s Cup defense in 1992 and two Maxi-Boat world championships.

A 1978 graduate of the U.S. Naval Academy, Craig participates in ongoing Academy support as a member of the Fales Committee, advising the Superintendent on sailing matters. He lives in Marblehead, Massachusetts with his wife Tricia and their three children.